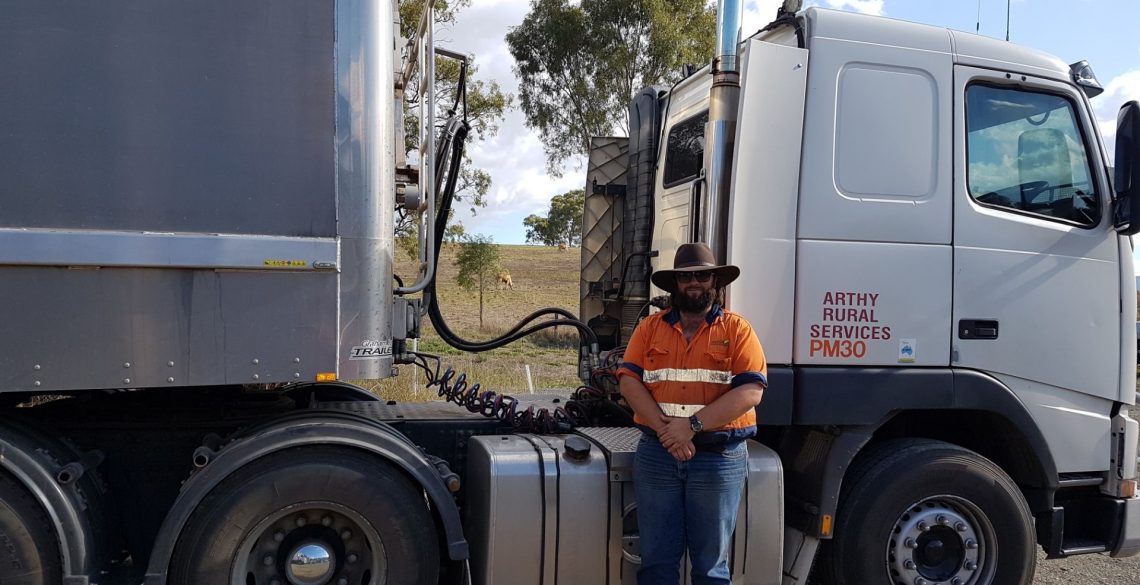 The Gee family has a long and well respected history in Beaudesert.  Matthew’s great grandfather, veteran and legend Lance-Corporal Barney Gordon was awarded the Victoria Cross and Military Medal for heroic service and acts of bravery during World War I. After the war, Mr Gordon settled in Beaudesert on what is now known as Barney Gordon VC Rd.  Originally a dairy, 70 acres of the land and the original farm house is still owned and resided in by Barney’s daughter and Matthew’s grandmother Mrs Gee.

Growing up in Beaudesert, Matthew attended St Mary’s Catholic School and then Beaudesert High. It was here he met and later married his high school sweetheart, Susan.

Upon finishing school, Matthew found his love of driving whilst working for Beaudesert’s ‘Gee Brothers’, a local transport and freight company.  Broadening his horizons, Matthew moved on to work for Elders, and then as a fleet controller for 2PH Contracting in Mt Isa.

We are lucky to now have Matthew working with us since 2014.  Easy going and down to earth, Matthew brings a flexible and valuable skill set to the sometimes unpredictable nature of the rural transport industry.  We hope he continues to stay with us for many years to come.

Matthew and Susan have now settled in Beaudesert township. They have two young children who also attend St Mary’s Catholic School. As a long-standing family and resident of Beaudesert, Matthew has no aspirations to live anywhere else.

“Beauy will always be home, it’s where I grew up, where my family, work and mates are…”

A dedicated dad and keen rugby league fan, Matthew was coach to the U/7’s in Beaudesert during 2016/17.  This year Matthew is coaching U/10’s cricket as well as the Tiny Tot’s soccer.

In his spare time, Matthew likes to spend time with his family.  Favourite family outings include day trips in the 4wd exploring the local national parks and Scenic Rim. The current trip in planning is spending a month exploring Cape York with the kids and then off to the high country in Victoria during Winter. Ultimately Matthew and Susan plan to travel overseas, but not until the kids fly the coop!

When asked what he likes about working at Arthy Rural Services Matthew mentions it’s the people and variety of work that keeps him fulfilled.

“It’s a fantastic place to work, just the people here and the way it is, it’s the best place I’ve ever worked at…”  Matthew Gee