December 3, 2020 Comments Off on Learning the Language of Plants Rural Services Marion Arthy 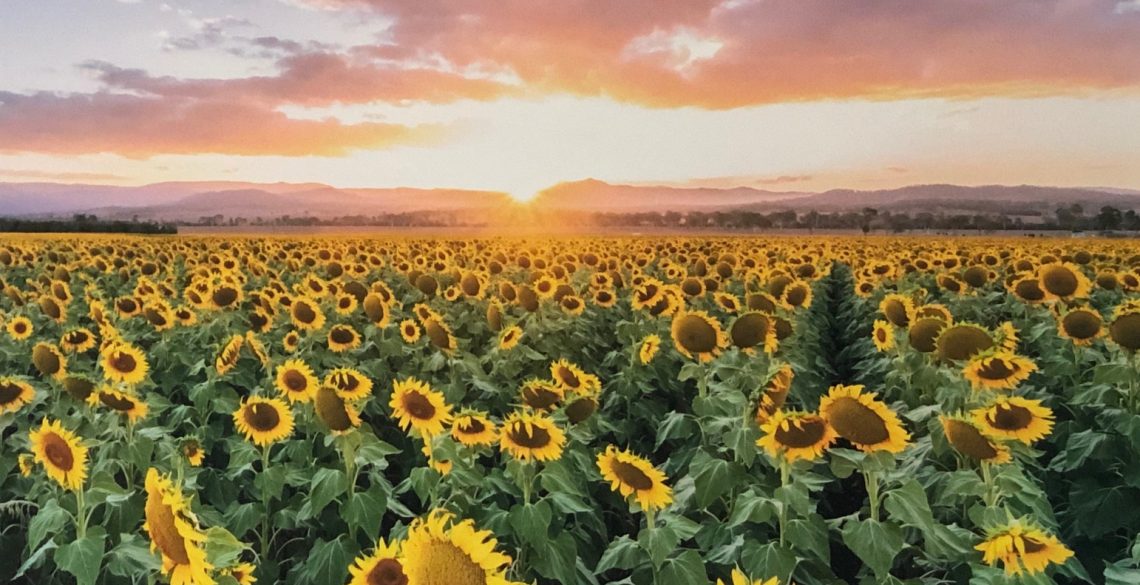 When it comes to understanding the land, Norm Kerle’s fifty plus years of experience can somewhat make him an expert! At seventy-two years young and married for forty-five years, Norm and Sandra Kerle have always called their 300acre farm at the base of Mt Walker, home. Growing up on the neighbouring family farm, Norm fondly recalls helping his dad hand pick the corn each season. It was later that Norm would learn that the first few leaves yellowing and dying off on the bottom of each corn stalk, (something he saw every season whilst helping his father and thought was normal), was actually the result of a potash deficiency in the soil. This knowledge became the foundation of Norm’s journey into learning the language of plants.

Running Murray Greys and Drought Masters, Norm started experimenting with trace elements in the early days under the direction of agronomist John Wheelan, continuing with agronomist Tony DeVere in later years. Changes in climate and continued drought, a reduced head of cattle and half the property under cultivation led to more substantial trials with Tony involving customised soil blends.

It all started in the early 80’s, when the Department of Primary Industries (DPI) approached farmers in the area to undertake soya bean trials. The DPI provided seed and ploughs, Monsanto roundup and Incitec fertiliser. After numerous trials Norm found he was having problems with soil run-off, crop sparsity and leaf yellowing, with issues more pronounced on crops treated with urea. After contacting Tony DeVere for the first time the problem was quickly solved with the application of potash. Norm compliments Tony DeVere with fertilising the soil, whereas the DPI were trying to spoon-feed the crop. Balance the soil Norm says and you can grow anything.

Spreading lime in the 1980’s was the first time Ray Arthy provided services to Norm. Norm recalls wanting to work with a 50acre paddock, when Tony advised against it, saying it is better to go for quality over quantity with a smaller 20acre paddock and then work up from there. Taking his advice, Norm worked on a smaller paddock to find that the yield of the healthier crop was substantially able to fulfil their needs. Farmers would stop and ask what he did to fertilise and Norm recalls finding the cows laying in the shade all day rather than grazing. They had their fill in the morning from the booming crop and were satisfied and healthy, producing more milk whilst eating less. The substantial health improvements in his cattle include a significant difference in bone structure and not needing to spray for ticks in years. Norm is quick to highlight the problems with using urea, stating it creates mastitis, calving problems, watery eyes, and exorbitant vet bills due to the effects of high nitrates in the soil.

Since then Norm has continued with quality over quantity.

“If you get the nutritional value right in the soil you will have healthy plants with a higher yield. Starving plants produce high levels of sugar which attracts insects, whereas healthy plants produce starch. Insects can’t digest starch so they fly off to the neighbours and eat their crops instead!”

Norm recalls a time when his sorghum was covered in heliothis grubs and subsequent swarms of wasps. He rang Tony who asked if they were eating or sleeping. As it turns out they had been stung by the wasps, were dying and within a few days had fallen off anyway. Subsequently a neighbour was having the same problem and chose to bomb the crop, killing the wasps and inadvertently allowing the surviving grubs to continue their attack.

“When you have all the right ingredients to create an active soil, then all the extra nutrients, minerals and fertilisers added are highly bioavailable to the plants, in turn creating a healthier crop with a higher yield, which in turn creates healthier animals.”

Norm explains some of his latest customised blend;

“Your soil is like a bank balance. Seed, fuel, everything is getting expensive, so you need to get everything you can from your crop.”

Norm and Sandra are passionate about finding alternative, natural and more sustainable ways of not only farming, but living also. Adopting a natural approach to his health, in 1990 doctors told Norm he would be in a wheelchair within two years due to crushing discs in his spine. Choosing alternative treatments of kinesiology, visits to the chiropractor and the external application of herbs, he is still walking now, continuing farm work as usual.

In keeping himself busy Norm was previously a member of the Australian Grain Harvesters Association for 15 years, with 6 of those being the chairman of the Qld branch. Norm provides contract harvesting on the side and is also one of the few remaining windmill mechanics. Taking pride in keeping the trade alive, Norm will travel far and wide to repair and paint windmills. He has fixed numerous stock-water windmills around the country, and his artwork can be seen on windmills at Lone Pine Koala Sanctuary (where he lost two fingers in the process!), Carlton United Brewery, and Applethorpe’s Mt Sterling olives to name a few.

At home on the farm Norm now runs 30 breeders, allocates 50acres to corn, 50acres to a fodder crop to suit the season, and 50acres to sunflowers. Sunflowers have a deep tap root suitable for low rainfall and low nutrient soil. Norm calls his farm a ‘dry farm’, explaining that he does not irrigate, he has two small dams with water used to start or finish a crop and relies on rainfall for everything else. This has been instrumental in Norm and Sandra’s experience of learning the language of plants, with true seasonal farming in harmony with the way of the land and what nature provides. Norm also reminisces and believes they would be financially better off if we went back to the old ways: