run your own race!

run your own race!

December 24, 2018 Comments Off on run your own race! Rural Services Charmaine Acworth 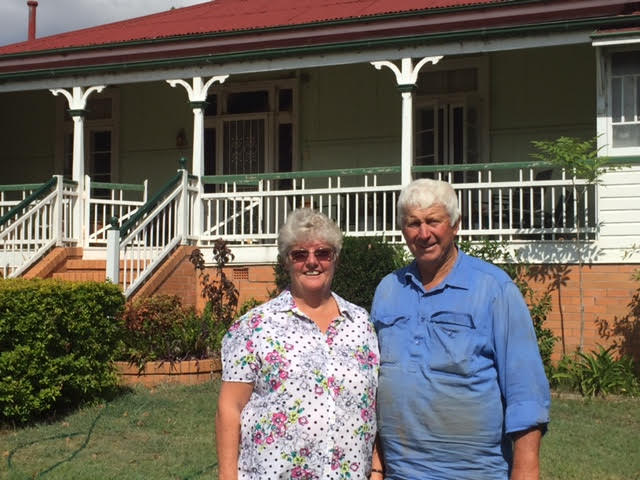 The township is booming, Primac and Beaudesert Produce are thriving, timber, cattle and dairy are the industries driving Beaudesert.  Families make their monthly shopping trip into Enright’s department store, and a child rides his bicycle down Mt Lindesay Highway, sharing the road with cattle being mustered into town.  These are the memories of Warren Drynan, at a time when every farm in the area sustained more than one generation as a viable unit.

Now, Warren’s view is that Scenic Rim changes are being driven by economics and tourism.  Tourism, cropping and the equine industry are the new economic front runners and the fringe of urbanisation is on the door step driving up land prices.

“The once booming dairy industry is no longer viable, and the children of farmers choose careers in other industries and other places. Farms become smaller, cannot generate enough income and are no longer family viable.”

As the hobby farm becomes the new standard where owners have a primary source of income elsewhere, Warren fears the local knowledge passed down through generations of farming is going to disappear.

The Drynan family has seen the good and bad, thrived with dairy and beef, survived through the Global Financial Crisis (GFC) and the deregulation of the dairy industry, and picked themselves up after devastating floods and drought.  Their Telemon Crossing property has been in the family since 1874.  Warren’s son Andrew, identical twin to Cameron, is fifth generation to live in Telemon Crossing House which was built in 1877 after the first house, a slab hut built down with the cattle sheds in 1874 was flooded and therefore rebuilt on higher ground.  Originally on 640 acres, the property increased to 1200 acres, then was further sold down to 800 acres to help with finances in times of need.

The GFC is remembered as the biggest challenge for the Drynan family.  It was a struggle that came at a time when Beaudesert was in the grip of a severe drought.  With the only supply of water coming from a running creek, a decision had to be made to remove cattle from the property to ease pressure off the pastures and save access to water for the dairy cows.  Warren recollects at the time;

“… just shutting my eyes and hoping we wouldn’t lose too many cattle…”,

which is also why he likes Brahmans, stating they are hardier cattle that can cope in harsher conditions. With conditions getting worse and the search for agistment proving to be futile, the only choice was to buy a suitable property to move the cattle to.  Consequently, a 9500 acre breeder and dry land farming property called ‘Bellevue’ was purchased in St George.  The financial crisis occurred not long after the purchase of Bellevue resulting a number of titles being sold to see them through the financial strain.

In 2018 the sale of Bellevue financed a property called Stockholm at Muttaburra.  With 30,000 acres currently supporting up to 1300 head of cattle, two thirds of the property is Mitchell grass downs country described as black soil, open plains with no trees, brown cracking clay and very fertile.  Proving to be very productive, cattle from Texas, St George and Injune that were on agistment are now on Stockholm doing extremely well. It has however, provided a whole new set of challenges when it comes to managing livestock numbers and pasture availability due to variables such as unfamiliar soil, weather and climate.

Thanks to the GABSI scheme, self-flowing artesian bores on the property are capped.  They used to be open headed and run into bore drains which saw thousands of litres wasted and introduced challenges of controlling vermin chasing the water and noxious weeds.  One such weed is prickly acacia which grew profusely along the bore drains.  The cattle love to eat the seed which then germinates in the cow dung throughout the paddocks creating a challenge for farmers.  This very problem was a contributing factor in the sale of the property at St George.  Being capped with an engineer designed pipework system allows the bores to run at 30-35 pounds pressure at the bore heads, increasing to 45 pounds of pressure at the end of lines which feeds into everything including 32 troughs and the house with no need for pumps.

Warren’s first step away from the district was in 2006 when a 30,000 acre breeder block was purchased in Injune at the Carnarvon ranges.  The Drynan family ceased dairying in Telemon in 2008, and in Glenapp in 2013/14.  Warren reminisces about the 1980’s to 90’s when he says dairying was more reliable.  When speaking about the deregulation of the dairy industry Warren says:

“Deregulation hit everyone hard, essentially the milk price now is the same as it was 30 years ago.”

Adapting to change, the 800 acre Telemon Crossing property now produces 50 acres of small bale Lucerne hay to meet recent contracts within the equine industry and runs a smaller head of Charbray cross cattle including 180 cows and calves, 300 wieners and backgrounders.  A significant investment has been injected into poultry farming.  An original application for four poultry sheds at Telemon Crossing was obstructed by council in 2015.  After a lengthy court case they received the go ahead to build seven sheds supplying 310,000 free range chickens to Inghams.

Warren sees the poultry industry as the most beneficial at present, stating it is contract based and provides a constant income.  It is not without challenges, however Warren acknowledges there are a lot of out of control factors in farming that are negated in the poultry industry.

“The impact of weather and environmental challenges on the ability to run and make a living has very little influence on the business, unlike the cattle industry where a flood can tear your crops from the ground and strip the top soil that will take years to re-establish.”

Even though it is a major investment to start, Warren professes that the rewards in the poultry industry are “up there with it”.

An established relationship of over 40 years, Arthy Rural Services used to do all the silage at Glenapp for the dairy and feedlot from 1995 to about 2012 and Warren continues to use our services now.

“The service has always been good, I’ve never had a complaint and as such continue to use Arthy Rural Services for litter removal from the broiler sheds”.

“Ray is a damn good engineer that he doesn’t get enough credit for.”

The Drynan family is passionate about farming as a family viable unit for more than 130 years.  When asked about what drives him, Warren replied that the most rewarding thing is the challenge of making it work and says they don’t always get it right the first time.

“Consider everything to be an experience.  You don’t take a step back and say it’s too hard, you look forward, keep on the front foot and take challenges head on.  There’s a whole other world over that hill.”

The Drynan family are proud of embracing challenges and change, and credit the generational support of each other as a family unit in surviving the years of working for nothing.  Warren’s father, Ray Drynan, wrote a book called ‘Back Your Own Judgement’, about his time farming in the district throughout the mid 1940’s through to 1990.

“It’s about running your own race and not worrying about what everyone else is doing or saying.  Use your own judgement and get on with it. These values were encouraged in us as children and we hope to pass them on to our own children.