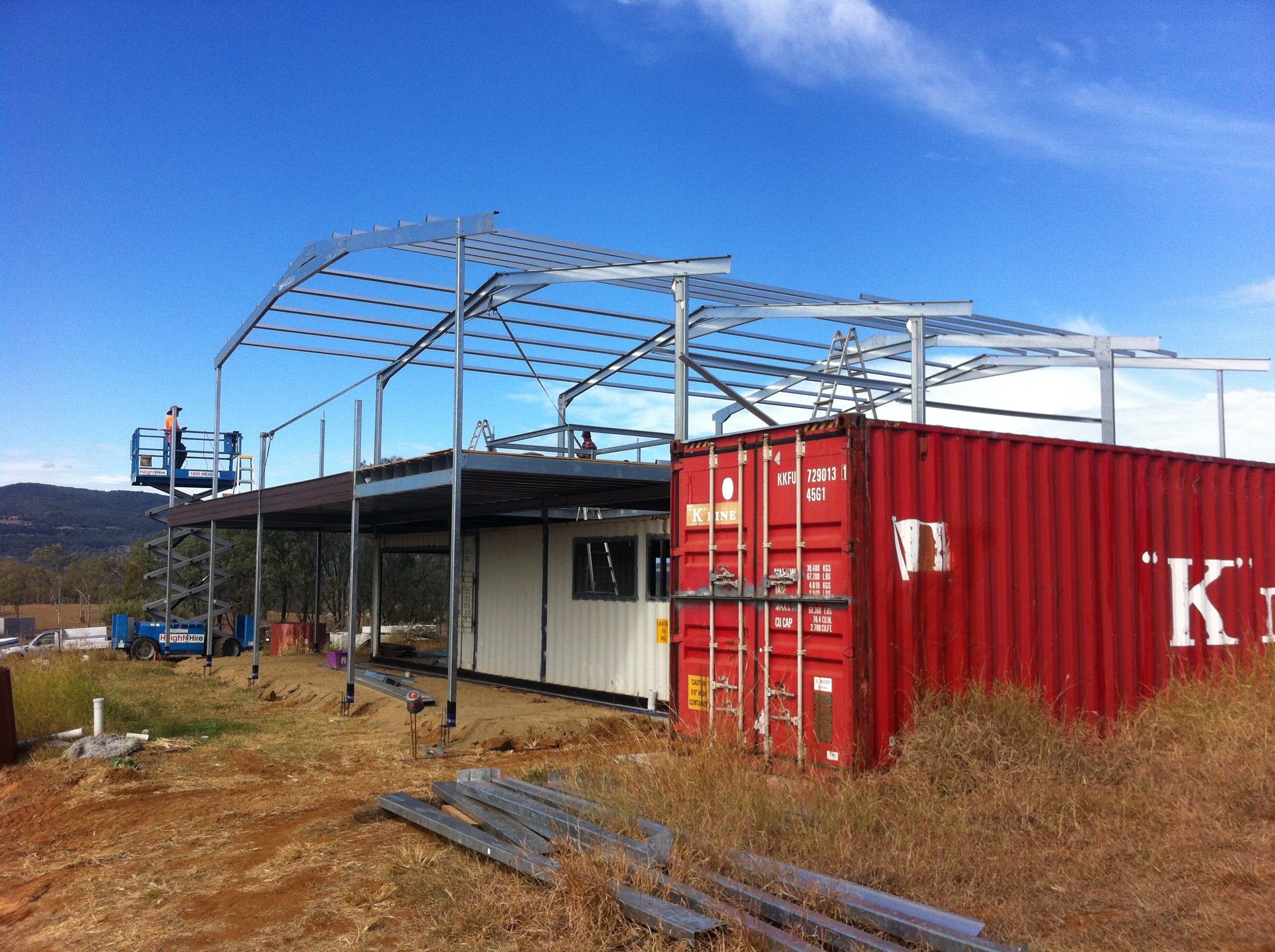 Nestled on 200 acres in South East Queensland’s renowned Scenic Rim, it is not hard to see why Bob and Sandy Holland chose this part of the world to retire in the future. With 360 degree views over picturesque Frazerview and the surrounding Scenic Rim, standing on the top floor of their home-to-be looking out over rows of oak trees can send the imagination skyward.

“We are a bit eccentric (crazy) and like to try new  ideas  in making a living from the land,” explains Bob as I am given a tour through the partly finished house made from shipping containers. Estimated to be completed within the next year, it is easy to become entangled in Bob’s excitement as we look out the future glass walls knowing that the view will one day be filled with magnificent English Oaks, Holly Oaks and Hazelnut trees.

Bob and Sandy Holland have taken on the grand task of becoming truffle growers.  With Australia being the third largest exporter of truffles in the world and domestic demand rising, there is definitely room for more producers.  Also with recent prices fetching up to $1000 per kg, it would seem the niche to get in to. However, it is not for the faint hearted as it requires between 2 to 6 years before you have any indication of success or failure in harvesting your first truffles.

“Truffle growing is a very high risk, high reward venture” states Bob as he carefully checks each one of his trees to make sure they are getting enough water. Elaborating on how fussy truffles can be, it appears there is a lot of work in soil preparation to create the right conditions for truffle production. They require hot summer temperatures and cold winter temperatures with at least seven frosts being the rule of thumb. A minimum rainfall of at least 700mm per year is desirable and good rain in the summer months is required to set the truffles. Care also needs to be taken to plant host trees away from existing trees that may have competing fungus spores on their roots.

In preparation for the truffiere, Bob and Sandy needed to bring their soil to a pH level of 8.5.  This required copious amounts of lime supplied and spread by Arthy Rural Services with numerous applications.  Sixty tonnes of Neutralime from  Sibelco at Murgon was spread over the 6000m2 trial plot for the truffiere. This equates to an application rate of over 100 tonnes per hectare. Our normal application rates for lime are generally around two tonnes per hectare for pasture. Never before have we applied, nor could we have imagined applying such a huge quantity of lime in one place. It was like snow!  Bob would also like to thank Dovers and Sons in Boonah for help with the design and installation of the irrigation system.

Being only one hour from Brisbane, and with award winning retreats such as ‘Spicers Gap’ only a bounce away, Bob mused about possibly opening up his farm as a farm stay for people wanting to escape the hustle of the city. I wholeheartedly encouraged this idea for selfish reasons – it would certainly be on my list of things to see and do!

Arthy Rural Services would like to wish Bob and Sandy all the best in their truffle ventures and any future venture they decide to undertake.  We will definitely be visiting again!

If you would like more information on growing truffles in Australia, see the Australian Truffle Growers Association at www.trufflegrowers.com.au or Trufficulture at www.trufficulture.com.au

Previous Post Next
Tags
oak treetruffieretruffle
About The Author